As well as the typical life stressors common to all people, many older adults lose their ability to live independently because of limited mobility, chronic pain, frailty or other mental or physical problems, and require some form of long-term care. In addition, older people are more likely to experience events such as bereavement, a drop in socioeconomic status with retirement, or a disability. All of these factors can result in isolation, loss of independence, loneliness and psychological distress in older people, and depression. Mental health has an impact on physical health and vice versa. For example, older adults with physical health conditions such as heart disease have higher rates of depression than those who are medically well. Conversely, untreated depression in an older person with heart disease can negatively affect the outcome of the physical disease.

All communities possess valuable assets in the form of existing links between the aged and their families which may be lost by rapid urban delopment and cultural change. Although some psychological decline is inevitable during senescence, it is becoming clear that much that once passed for the ineluctable effects of mental and physical aging is due to disease that may be ameliorated or cured.

The relationship between mental and physical health is particularly close in old age, and the identication and effective treatment of the aged person with depression, dementia and other neuro-psychiatric disorder demands special skills and exertise.

We provide such integrated services that aim at fostering physical well-being and healthy adjustment during later stages of life, as well as by ascertaining, and remedying as far as possible, the mental and physical disorders of the aged in the early stages of their development.

For successful rehabilitation, proper integration of the work of the doctor with that of preventive and hospital services are essential. 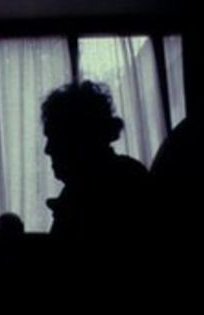